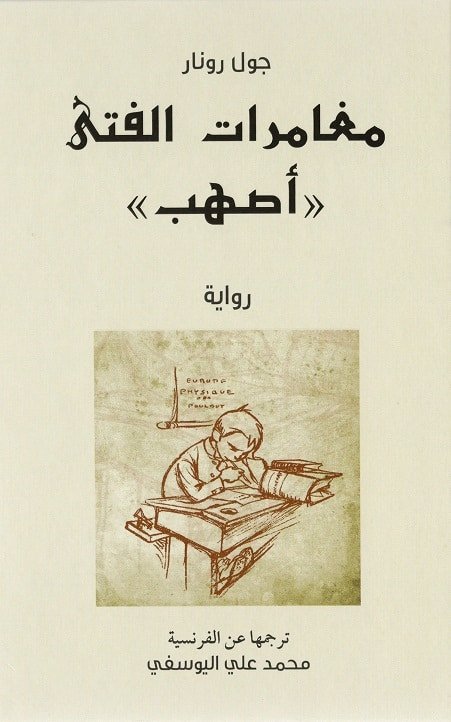 The Adventures Of Ashab

The Adventures Of Ashab

This novel came at a great price given its undeniable source of inspiration: the author’s childhood. Yet, it became an important piece of youth literature that gained popularity after being taught at French and francophone schools and earned a place in theatre, cinema and television. The novel unfolds often in a series of sketches brimming with excitement. Carrot Head represents the child victim, the scapegoat who suffers injustice at the hands of those closest to him. They consider him an idiot, and he yields to avoid their disappointment and their less than favourable reactions. The author’s true brilliance, however, shines in the final chapter of the novel, titled “The Leaves Storm”, wherein Carrot Head rebels and finally utters the word, “No”, shaking the foundations of the family hierarchy and revealing an intimate complicity between him and his father, and a degree of love coated in cruelty, hiding underneath the father’s ever frowning, ever absent persona.

Be the first to review “The Adventures Of Ashab” Cancel reply

We use cookies to ensure that we give you the best experience on our website. If you continue to use this site we will assume that you are happy with it.OkNo